If all you need are flexibility and low price, Shark NV42 vs NV22 (NV22S and NV22L) are wise choices.

Just a few days ago, I have posted an article comparing Shark NV26 vs NV42. Today, I’ll put the NV42 next to another amazing unit, Shark NV22 (NV22S and NV22L). Both of them belong to one of the best-selling series from Shark, the Navigator. The NV42 is very popular bagless upright vacuum cleaner. It is designed with extra-large transparent dirt bin, excellent suction, good air filtration and very affordable price. Meanwhile, the small vacuum NV22 is able to deliver excellent performance of its much larger and more expensive rivals. Actually, the NV22S and NV22L is the same machine and the letters that follow identify the different attachment package included with each vacuum.

Before digging into every details of these machines, let me talk a little bit about Shark Navigator. This is the well-known series which is advertised as being comparable to a Dyson. When it comes to carpet and bare floor, cleaning abilities of Shark Navigator are top notch. What’s more, the Shark Navigator is a multi-purpose vacuum, meaning that it has capability of both on-floor and above-floor cleaning tasks. Products in this series is well-suited to small apartments and homes, or as a second vacuum to clean multi-level homes.

Since both models come from the same series, it’s totally understandable they have many things in common. They are not on the best-selling list for nothing. Hundreds of positive reviews are evidences for their popularity. Let’s see whether they are worth your investment or not. 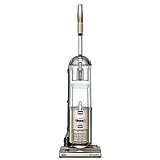 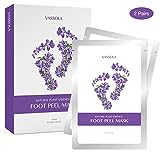 Luckily, Shark NV42 and NV22 (NV22S and NV22L) are different from outside. It’s a relief that they are not identical, right? Firstly, their color may be the main factor assisting to distinguish Shark NV42 and NV22 (NV22S and NV22L). While the NV42 comes with purple, gold and silver color, the NV22S is gold-silver and the NV22L is lavender. Another difference is their attachments which we will discover in a few minutes. All of them have slim design which is space-saving in small flats. Compared to the NV22, the NV42 seems to be a bit shorter, 46 and 35 inches respectively.

Many modern models from Shark are equipped with Swivel Steering technology which allows you to move the machines around the house with ease. However, Shark NV42 vs NV22 (NV22S and NV22L) don’t come with this masterpiece. Luckily, they are slim and not heavy so the maneuverability are acceptable. The similar weight of Shark NV42 and NV22 (NV22S and NV22L) is around 15 pounds. According to feedbacks on the Internet, many people weren’t annoyed at all using these machines to clean on stairs.

They are not considered as one of the best vacuums from Shark for no reason. Although they don’t integrate several advanced technologies, they show a fantastic performance on a variety of floors.

offering more diversity for use:

Up to 72% of customers on Amazon rated Shark NV22 5 stars. This figure is really impressive compared to others. People mostly commented on how powerful it was during cleaning process. In addition, many customers loved the lightweight design, the great suction and the capability of removing pet hair. However, a few people were annoyed by the noise.

The Shark NV42 receives pretty good feedback from its users on Amazon. It is rated 4.4 out of 5 stars. Many people called it a beast among others. In addition, they are totally satisfied and commented that they had never seen their house that clean before. However, there are a few who complained about the issue that it tended to tip over when using the attachments.

All in all, Shark NV42 vs NV22 (NV22S and NV22L) both have shown satisfying results so far. They come with many similar features and price. However, if you have animal friends at home, the NV22 may be a better choice.

How do you think?

Bissell Spot Clean Vs Little Green: Which One Is Better?