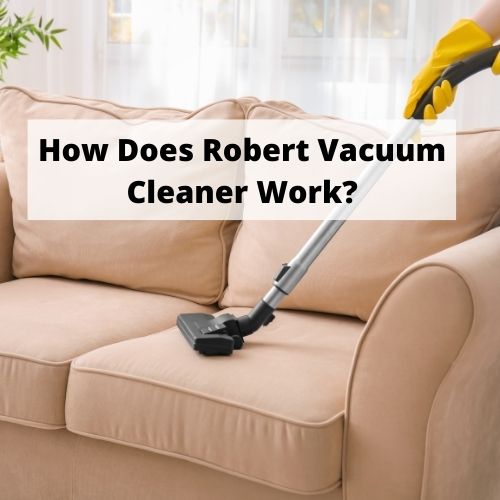 There are usually two or more spinning brushes in a robot vacuum, as well as one or more rolling brushes.

Together, they scoop debris into a waste bin, from where a vacuum mechanism removes it.

It is your responsibility to empty this compartment on a weekly or biweekly basis once it has become full.

The more expensive models include automatic docking stations that require only the dock to be emptied after several weeks, not the vacuum.

It is possible that you will have to purchase disposable bags for such a dock, but even if you do, the convenience may be worth it.

The ideal model will possess forward-facing sensors that can map a room and/or identify specific furniture for targeted cleaning.

Even the most basic of robots are able to be programmed to operate on a schedule by using on-device controls.

A smarter vacuum cleaner is generally preferred, since the technology is becoming increasingly affordable and allows you to clean more efficiently as well as to target specific zones rather than the entire floor.

This can be useful if someone makes a mess, but you do not want a robot to roam the premises for an extended period of time.

Some vacuums come with mopping attachments. Additionally, cleaning fluid must be refilled, dirty water must be emptied, and/or attachments must be swapped.

The most advanced vacuums, however, are capable of changing water on their own when on a dock or even switching between vacuuming and mopping at will.

As a robot cleans a room effectively, it must keep out of harm’s way while moving freely throughout the space. Although they are equipped with cameras, they do not see the world as we do.

Sensors detect obstacles, measure the distance traveled, and provide information regarding new areas that can be explored.

These sensors are interpreted by the robot based on its preprogrammed behavior.

Manufacturers and models of robot vacuum cleaners use different types of sensors. The following are some of the most widespread sensors used in robotic vacuums.

Through sensors located on the vacuum’s shock-absorbent bumpers, it is able to navigate around obstructions without getting slowed down.

As soon as the bumper hits an object, the sensor is triggered, and the robot vacuum knows to turn away until a clear path is found.

Depending upon where it touches the bumper, it knows what direction to take.

The most common danger for robot vacuums lies on stairs; a tumble can result in damage to the vacuum and anyone in its path.

Therefore, cliff sensors are required on all robot vacuums as a safety feature. As they continue to send infrared signals to the floor, they determine its distance.

When the signals do not bounce back immediately, the robot assumes that it has reached a stairway or a “cliff”.

Based on its name, wall sensors appear to assist robot vacuums in avoiding collisions. Apparently not.

Through the use of infrared light, they are able to detect walls and track them. By doing so, the wall and floor can be cleaned at the edge.

Additionally, it prevents them from scratching and bumping the walls, as we would with stand-up vacuums.

Sensors on the wheels

It is used to measure the rotation of wheels on robot vacuums. It is possible to calculate the distance traveled by combining this number with the circumference of the wheel.

A robot vacuum cannot always perform flawlessly. In this case, you will need to untangle them from cords or retrieve them from a low couch where they shouldn’t have been.

It is less important how your robot vacuum navigates than how well it cleans your floors with the least effort required by you.

There may be a method to the vacuum’s madness when its navigation has you scratching your head.